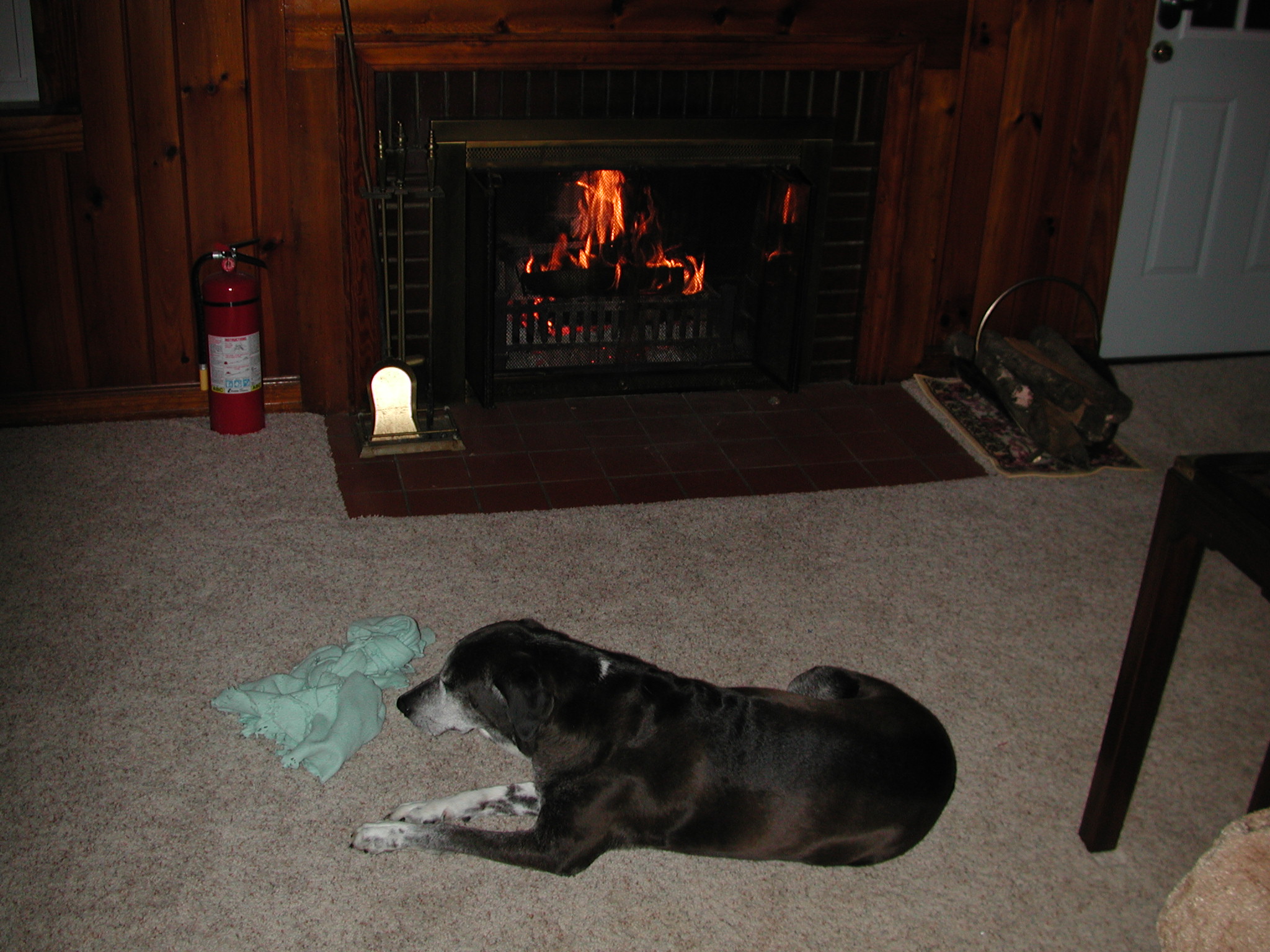 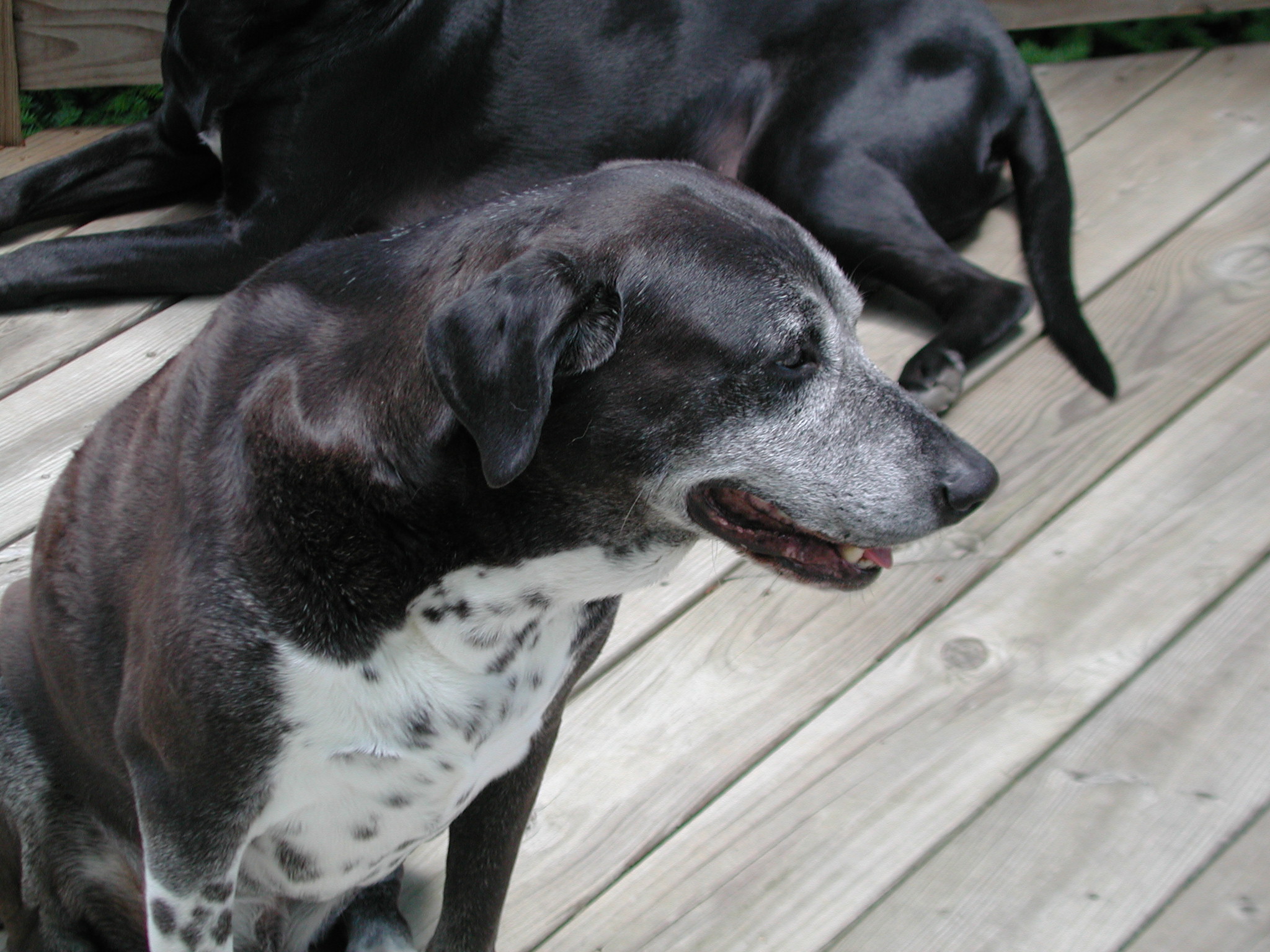 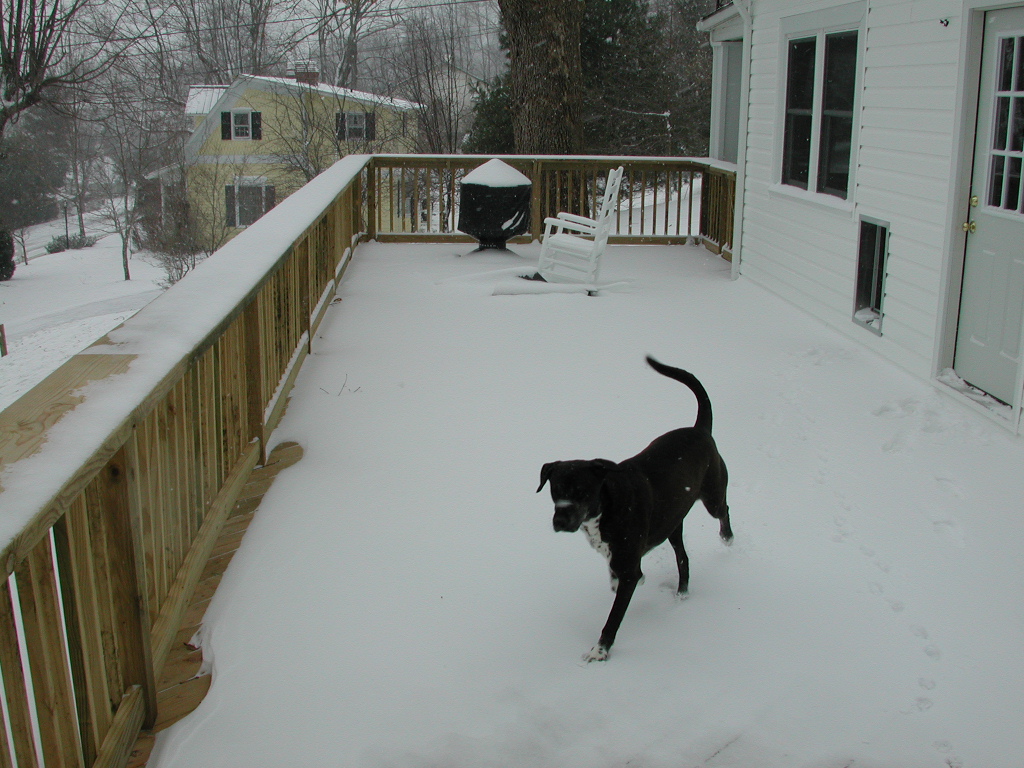 I am absolutely convinced that the greatest moment in a man's life must be when his child is born. I will never know this joy but think that I experienced the same joy waiting for a promised puppy to be born. In December of 1995, I waited with great anxiety for a call from my friends that promised me a pup from a litter that was due. On December 15th, the package arrived. First named Tony after his human dad, later to be named Domino by my father Fred Koch, a small bundle of joy began his life. I had raised 2 Beagle pups from birth and assumed that the process would be the same. My mistake. Domino was far from being a Beagle! As he grew, he displayed aggression to anybody that was not known to him. He was the ideal guard dog. He would growl at but never bite anybody that he knew, and that included all family members and the lawn maintenance crew. I learned that his growling was his way of asserting his dominance even though he would never open his jaw. Once when ill, he could not walk while we were a block away from the house. I had to pick him up and carry all 70 lbs of him home. He growled all the way with his tail wagging. Now to the Plumber. I warned the gentleman that the dog bites and to wait for me before going into the fenced yard to give me an estimate. The man did not listen and entered Domino's domain. Running out quickly with torn pants, fortunately suffering no bite, the plumber decided he did not want the job. Domino ruled over all animals in our house for over 14 years yet he always waited for other dogs to be fed before he began eating his bowl of food. His surrogate mom Danielle also did this. When it came to Milk Bone Flavor Snacks, he wanted them all and had no regard for the other dogs. One great pleasure for me was giving him any medicine. He would always sit and open his mouth, taking any pill that I deemed necessary. My friend also made it easy on me when it was bath time. He jumped up on the outdoor bath platform until it became too painful for him. The most touching and incredible part of our relationship was Domino's protection of me while sleeping. Without exception during our 5000+ sleep sessions, I could reach out at any time without saying a word, and within a few seconds, Domino would touch my hand with his nose. He was always aware of my movement. My mother and father liked a saying that I picked up from them. I think I have it right. "IF YOU COULD SEE WHAT I CAN SEE AND I COULD SEE WHAT YOU CAN SEE, TOGETHER WE COULD SEE THINGS THAT NEITHER OF US DO" I think that all animals and their human friends fall into the "TOGETHER WE" category. No doubt dogs see and smell and hear things that we cannot and no doubt, we humans deal with the brain power to protect.  Domino and I shared 14 wonderful years of sights, sounds, smells and the purest Love for each other.  Sleep well good friend.